Does being bilingual make you a better coder?

Home | Our Insights, News & Ideas | Does being bilingual make you a better coder?

As a business owner and mum to three young children, I find I spend most of my life simply juggling the demands of both work and parenthood. Getting “me time” seems like a distant dream for the most part. But something I’ve wanted to do for a long time now – just for me – is learn Swedish. Random, you may be thinking. Perhaps a little. But, for me, there’s a deeper significance behind it.

I did almost give it a go once before when I was given a Rosetta Stone learning CD course.

I don’t recall ever spending more than half an hour using that expensive gift though. My acquisition of said CD coincided with starting out as a freelance web designer back in 2009 – so that quite possibly had something to do with it… It could also have had something to do with the fact that once my son was in bed and I couldn’t take looking at one more line of code, all I was up for doing was crashing out in front of some comfort television aka Desperate Housewives (no implied significance from my choice of tv show there!).

Between briefly making Rosetta’s acquaintance and about 1 month ago from now, it’s fair to say that pushing a huge trolley down aisle 24 of a huge Swedish self-serve warehouse in a slightly hysterical state – a state that should be familiar to all fellow parents – is about as close to speaking Swedish as I’d managed to get:

“KALLAX” I yelled in fluent Swedish. “There …that shelf …yes – THAT one!” I continued, as eldest child shouted “WEEEE!” and bombed it up and down on the trolley, pre-occupying Ray and leaving me aimlessly gesturing at a uniform rectangular box filled with Formica-clad loveliness, that’s just about cheap and practical enough to house the hordes of Lego we’ve managed to accumulate over the years. Aaand breathe.

No, for me there is definitely more to speaking Swedish than Ikea-itis.

You see my late grandfather was a Swedish-speaking Finn, with my great-grandfather actually writing an autobiography back in the late 1930s, which centered around his experience in the Finnish military during the late 19th and early 20th century. Naturally, it was written entirely in Swedish and I’ve always aspired to be able to read it in its native language.

So about a month ago, whilst delving around the web in search of inspiration and information for work, I came across a blog post by The 4 Hour Working Week (yes, that book is also on the never-ending to do/read list) author Tim Ferriss. He was talking about his favourite websites to boost his productivity and amongst those he recommended was a site called duolingo.com.

It must have been fate.

Of all the websites I’ve come across lately – which you can imagine given my line of work if not few in number – Duolingo is a serious standout. In just a few short weeks it has allowed me to do something I wasn’t sure would ever be high enough up my priority list in order to achieve.

I am a huge fan of online learning and am constantly inspired by the far-reaching oppounities presented by SaaS solutions. Duolingo is a fantastic languages website that’s suitable for all ages and covers a really wide range of languages – and even better, it’s FREE to use!

Yes, okay I can only tell you phrases so far such as “flicken ater ost” (trans: the girl eats cheese). But heck, I’m speaking real Swedish at long last! The kids are actually picking up on bits of it too, particularly the 7-year-old. This is thanks to the colourful, user-friendly and engaging interface of the DuoLingo website. My son is particularly tickled by the phrase “laser en tidning”, which is routinely accompanied by cyclops impressions and chasing his sister (whose nickname happens to be Ning) around the living room.

I suppose the takeaway for me is that so much can come from small steps in achieving your own personal goals, whatever they might be. Even when you love your work (and kids!) as much as I do, it’s so important to take a step back and do something just for you, that’s totally unrelated to the pressures of daily life.

And the irony is that it actually often ends up full circle.

Through this experience, I’ve come to realise how much learning a language is akin to learning coding and web development. Dare I say I think learning Swedish is actually making me a better coder and complimenting my workflow in completely unexpected ways. This is something I’m really keen to explore further in a future article but it’s an interesting thought to end on.

Does being bilingual help you to be a better coder?

I can’t wait to find out. 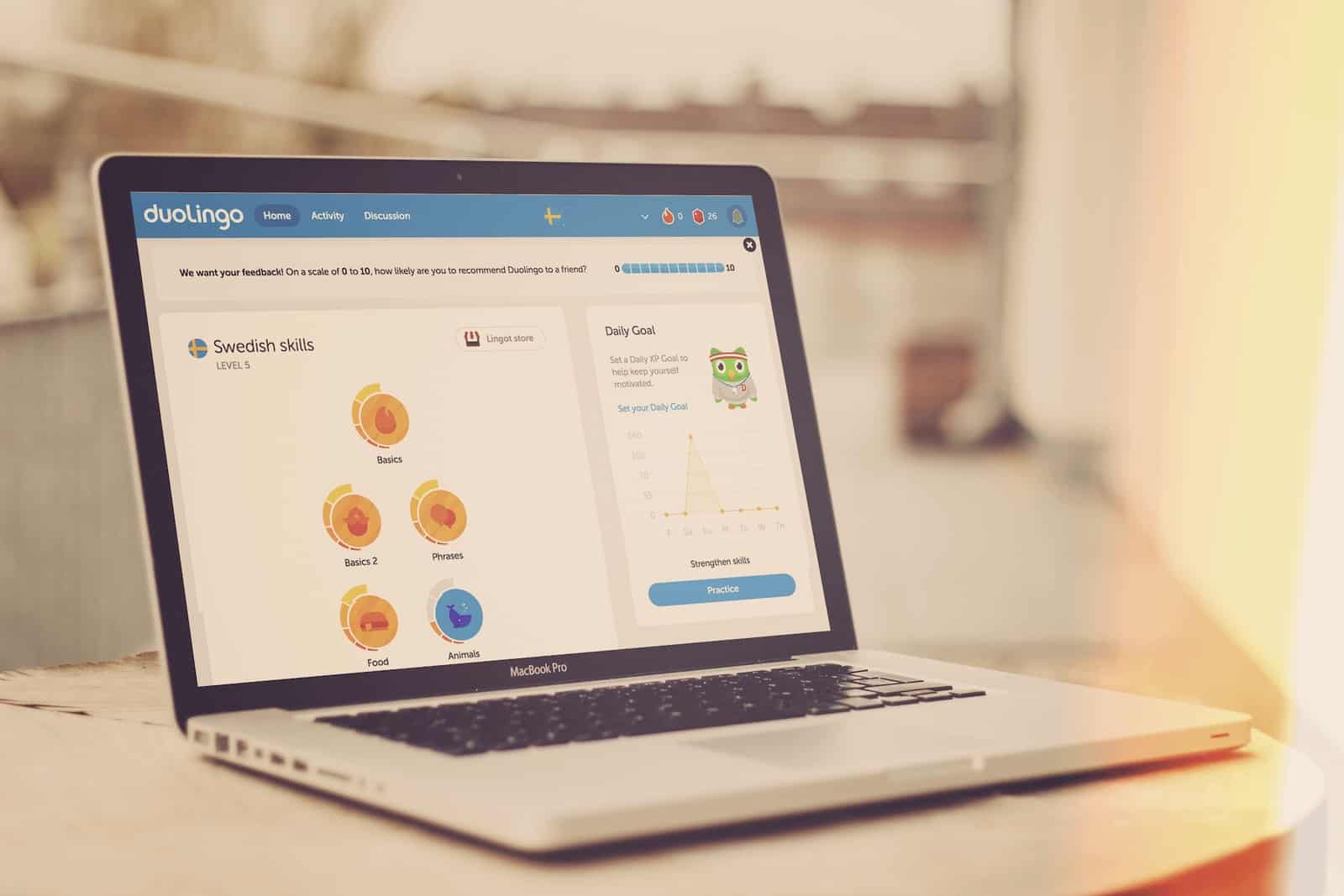