Technophobe? Don’t be a digital chicken!

You’ve probably seen the latest Digital Eagle advert by Barclays that has been hitting our TV screens for the past few months. Digital Eagles is part of Barclay’s latest initiative to encourage people to get more out of being online and it focuses on reaching out to the older generation of adults – aged around 65+. Whilst banks don’t get the best press generally, I’m actually a real fan of Barclay’s approach to marketing.

To me it’s not only good marketing but a really worthwhile exercise – the internet opens up so many possibilities in terms of connectivity. With families splintered all around the world, apps such as Skype, Facebook and Twitter aline can go a long way in tackling issues of isolation and loneliness in old age.

What we’re an even bigger fan of in our house though is Barclay’s other brainchild, one that’s home to a totally different kind of digital bird (more on that later). It’s called Code Playground. It’s an interactive, digital playground which is aimed this time at the younger generation.

In Code Playground you’ll find sprites-a-plenty (sprite is tech talk for a character) meandering around your screen, just waiting to be interacted with. It’s hard not to be engaged, even for us adults! It’s a really hands-on easy-to-grasp introduction to coding for kids of all ages. All they need to do is simply click on one of the sprites and they’ll receive a pop-up window inviting them to enter their own code variable within a specific function (i.e. to change the speed the sprite moves across the screen).

For even the most technophobic parent it’s really easy to get involved with your kids using code. Kids love being able to immediately see their results on-screen and whilst the sprites and functions are often changed by the developers in order to keep us engaged and interested, there are a few regulars.

Our personal favourite (and adopted digital pet) is the chicken. He’s a source of particular amusement for my son, who always sets the chicken to top speed and howls with laughter as he whizzes across the screen. For me, the real highlight was watching my son get a buzz out of coding.

So if you’ve ever wondered how you should get started teaching your kid how to code (and even if you haven’t!) I definitely recommend taking a trip over to Code Playground – Barclays are even running coding classes locally, so why not hop on an and find one near you?

So the message is even if you feel like a total technophobe, don’t be a digital chicken! Check out Barclay’s great resources below: 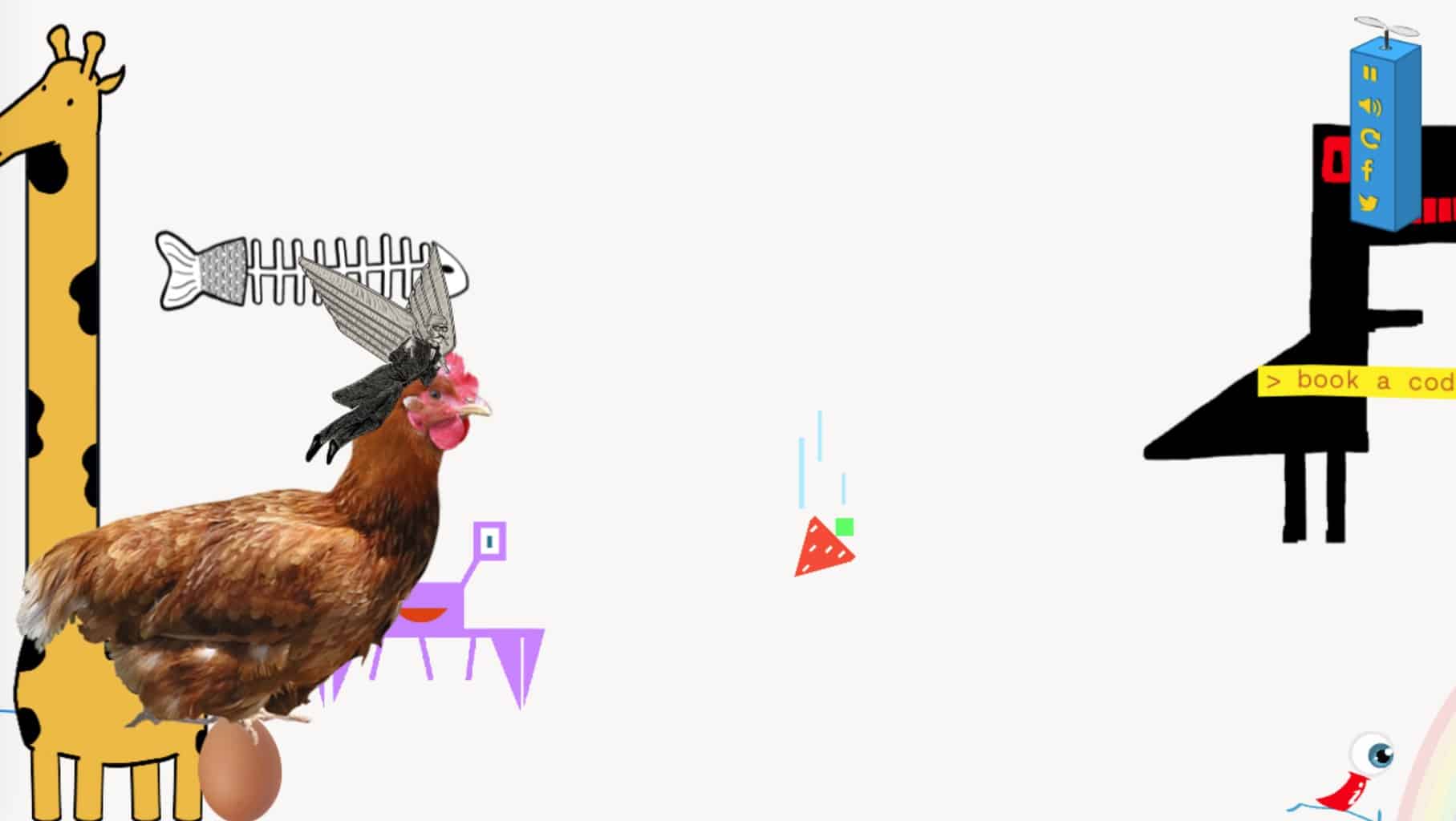