Accelerated Mobile Pages (AMP) is an open-source project led by Google with the aim of Increasing the performance of the mobile web. Following talks with companies in the European Digital News Initiative, a collaboration of news publishers and tech companies came up with the AMP project. Rolled out in February 2016, AMP is essentially a duplicate web page of its desktop counterpart that can be easily viewed on a mobile device. The purpose of the project was to improve the mobile web for users and nearly 4 years on, we can see that it has undoubtedly contributed to mobile content usability.

A big reason for the adoption of AMP by new agencies and news blogs is that Google’s news stories and “top stories” section, will only show for AMP pages. Companies that don’t implement AMP that provide news with risk missing out on a huge amount of traffic generated by this feature alone.

Creating an AMP version of a web page goes something like this:

With 2 separate web pages being served depending on the device of the user, it works by dynamically serving mobile versions that are optimised for load speed and usability. Google can also detect that you’re using AMP and better index your mobile version with their recent mobile-first indexing.

By sharing the relationship of your web pages through the ‘rel=amphtml’ tag, you can direct users to your dynamic pages and ensure your main version has a canonical tag. This makes it easy for Google’s bots to understand the content and it also gives instruction to display the amp page when a mobile is used to access the content.

Just like regular web pages, AMP web pages can be written with fewer coding languages to give specific characteristics and attributes to your pages and remove burdens on load speed. Which would otherwise be caused by heavy code on a desktop version.

Using a form of HTML, the most common programming language means the web page will work on the widest range of web browsers. Your content will be more basic and stripped-down than other forms of AMP, but of course, this means much quicker load times when coupled with AMP cache.

AMP Cache is another layer of caching on the internet that any amp page can leverage and use to their advantage. This added caching means the web page can be displayed quicker.

Accelerated mobile pages are built to load fast and display content clearly for ultimate user experience but what are their drawbacks?

Well, if you’re wanting to show more than just your text content to readers, there isn’t the option to add much more. As mentioned in AMP HTML, your coding languages are limited so you’ll have to be less creative with your design. Black text on white background is standard here.

If you’re trying to keep your brand consistent online, then this stripped-back version of your site will do your brand no favours. It’s very basic, but you’ll still be able to add your colours and logos.

Also as standard, images are only loaded as you view them. This is done through lazy loading, (another speed enhancement of AMP).

Should you use AMP?

There’s widespread criticism that Google’s pushed their AMP project to simply increase the dependence of web publishers on the Google ecosystem.

As more publishers move over to AMP, Google will gain more dominance over web content (more than it already has). Because Google displays AMP content on search engine results, theres less need to click on to the brands website, so it’s slowly eating away at a website’s brand, of course, other marketing practices can build this back up.

AMP offers great benefits to web users, including easily readable content on their mobile devices that was previously a huge issue – however, since AMP there’s been an advancement in responsive website layouts that can cater to both desktop, mobile AND tablets.

Another argument against using AMP is that though it’s widely said Accelerated Mobile Pages aids mobile web usage – it also increases Google’s Ad revenue, as they can now better display auto ads on your content!

Back in the early years of AMP, news publishers could increase the chances of their content being in the Google’s news carousel if they had AMP implemented, meaning news publishers benefited from organic traffic massively – a no brainer for news sites then.

But if you’re an average blog or business website then is it worth using AMP?

It’s proven that AMP does increase click-through-rate (CTR) and page speed. A poll by 9to5Google shows that over 51% of Google users prefer to click and read content on AMP pages. Generating AMP pages for eCommerce websites can mean an increase in speed which can lead to higher sales.

For example, a big eCommerce website like Amazon, they would lose $1.3Billion/yr in dropped sales due to a 0.1 second increase in load speed. Google can backup these findings with similar statistics they’ve found across the board here:

There is a whole guide to setting up AMP correctly on a WordPress site, as if you don’t have it implemented correctly on your WordPress content management system then you will have duplicate page issues and more…

For content marketers, your published content is given more prominence on mobile search results with this little visual feature in top stories that can also increase your CTR:

Of course, this used to be a blue icon with the addition of “AMP” next to it so this doesn’t carry the weight it used to.

It’s far easier to just use a responsive web design layout with Twitter Bootstrap. But AMP does carry considerable benefits for digital marketers, and publishers wanting to increase their mobile user base and improve user experience. Mobile users are on course to overtake desktop users very soon and continue to grow so it makes sense to look at mobile content and how it should be optimised before your competitors do.

Still not sure what Accelerated Mobile Pages are?…

Something to lookout for

Us mobile users aren’t limited by the constraints of a wired desktop – We can use our mobile device on the go and search just about anywhere. But unlike desktops, we don’t always have use of an internet router with good bandwidth. However, this might all change very soon. 5G is set to be released later in 2019 and with it brings faster internet to on the go mobile users! 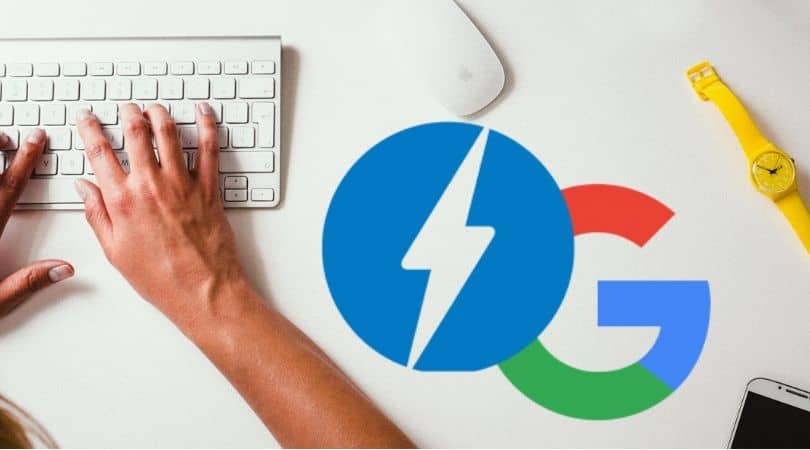